What is the gross domestic product(GDP)?

TV panels of economists and policy specialists may have discussed economic size. Europe's largest economy is Germany. Then what? How big is an economy? Which measurement?

Why bother about GDP? Does it affect your daily finances? Yes. Because GDP is so popular, many crucial choices that affect ordinary people are based on GDP.

Employment, investment, and currency exchange rates are all affected. This article discusses how GDP influences money value. GDP affects exchange rates, too. Let's start by defining GDP and how it's computed.

What is GDP, or gross domestic product?

The gross domestic product (GDP) is the total market value of all commodities and services produced by labor and property in a particular economy.

It is described as "the most carefully followed measure of the US economy" by the Bureau of Economic Analysis (BEA). According to the BEA, the United States GDP in 2021 exceeded $23.3 trillion.

Economists frequently use data on the gross domestic product to evaluate an economy's degree of growth and overall economic health.

It also makes sense that it is significant for the financial markets, particularly forex currency pairs, as it is vital for economists. 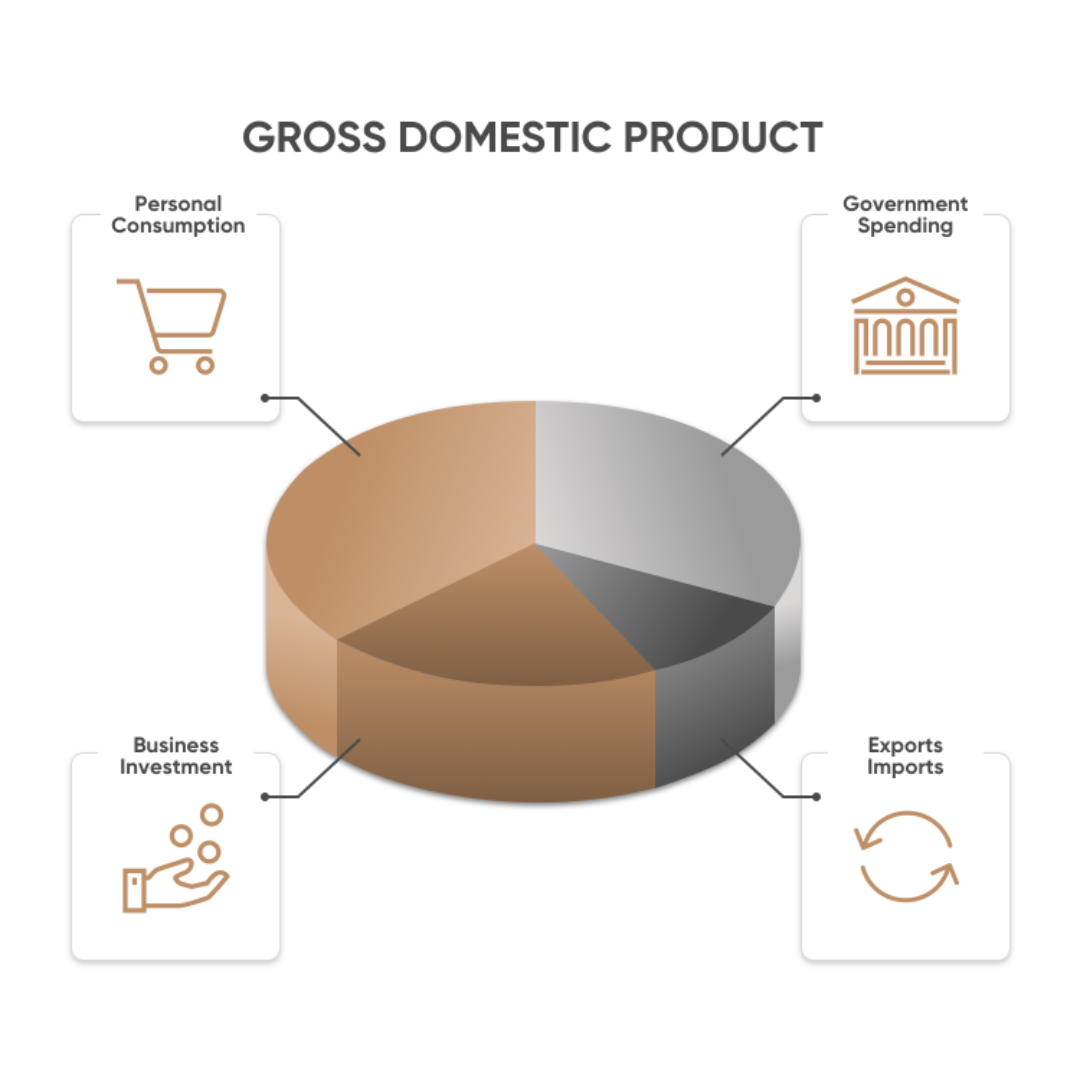 The Making of GDP, a one-page explanation published by the BEA, claims that US GDP "helps Americans evaluate historical trends, make estimates about the economic future, and compare their economy to other nations."

Different agencies gather the data at various periods, and the BEA makes revisions as needed to guarantee consistency.

The rate at which GDP increased (or decreased) from one-quarter relative to the prior quarter is typically expressed as a percentage.

The GDP measures and quantifies almost every economic event that takes place in an economy. We must break down GDP into its component elements to see how that occurs.

Generally, the following elements are used to describe GDP:

How to figure out GDP? 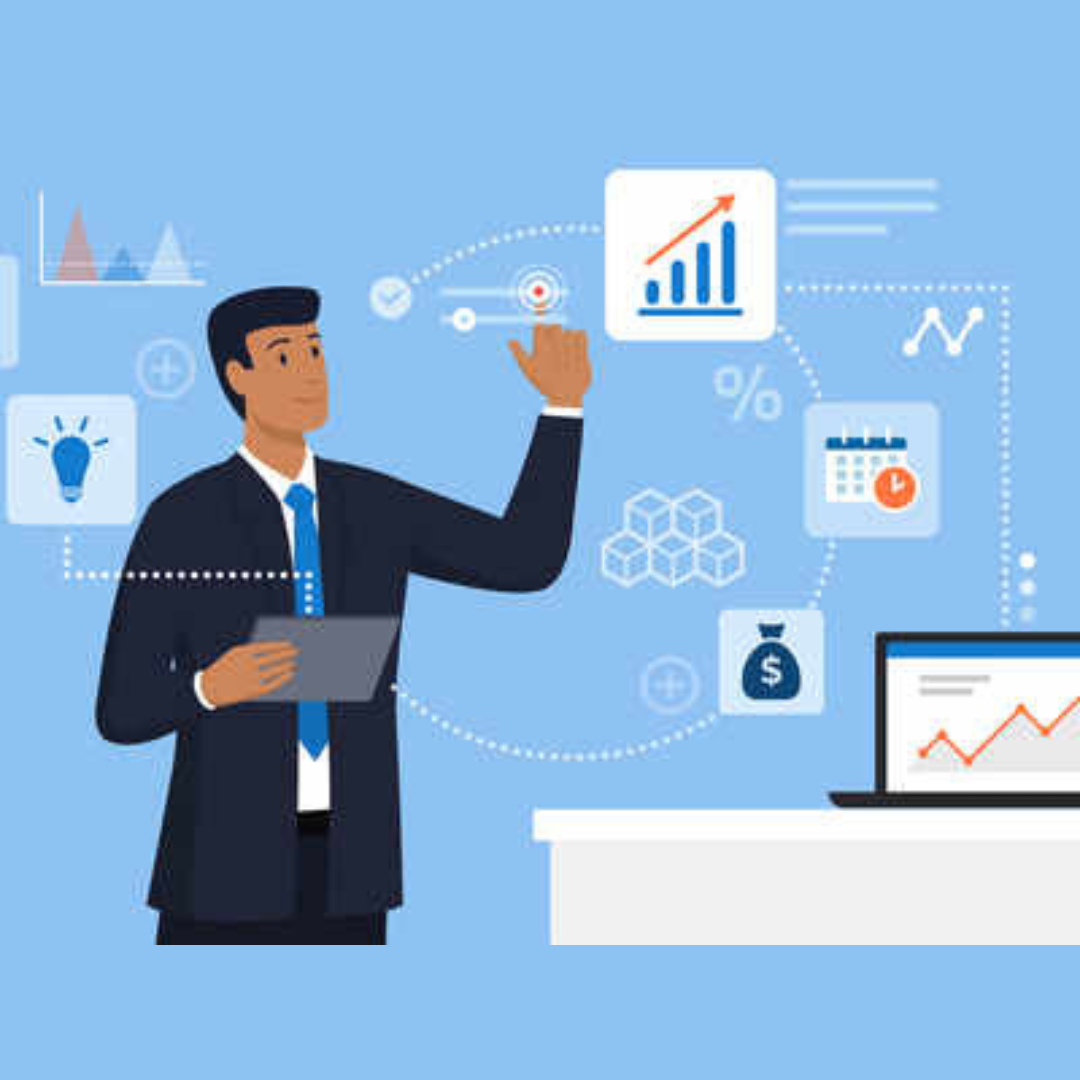 There are three ways to determine GDP: production, spending, or income. Every way should lead to the same result.

For what reason is GDP so crucial?

The direction of the financial markets can be predicted with reasonable accuracy by looking at a country's gross economic growth (GDP).

The availability of jobs and the economic health of businesses are both influenced by the rate of economic expansion.

In general, a rising GDP is indicative of a flourishing economy. As businesses add more staff, the economy should grow, and more people should find gainful employment.

The resulting increased demand sustains the economic cycle. When GDP falls, the opposite happens: firms reduce output and expansion, and employees lose their jobs.

When GDP growth is slow, businesses are discouraged from expanding and adding employees, which contributes to a downward spiral.As they weigh interest rates, tax, and trade policy rates, policymakers will consider GDP.

Policymakers can determine if the present posture of monetary policy is consistent with that primary purpose by monitoring developments in the overall growth rate, the unemployment rate, and the rate of inflation.

How should forex traders respond to the GDP report?

Providing explicit guidance on how a trader should react to various pieces of GDP data is challenging.

Often, there is a limit to how much of a surprise there can be, especially since most data tend to be updates of old data or things that were already expected.

However, there will be instances where the data will prompt an immediate response.

Consider a scenario in which the economy is failing to show growth, and US GDP data has been disappointing for several months.Then, a new release reveals an abrupt and unexpected increase.

The GDP growth rate represents the percentage change in real GDP (corrected for inflation) from one period to the next, often compared to the preceding quarter or year.

It might be either positive or negative (negative growth rate, indicating economic contraction)

Calculating GDP per capita involves dividing nominal GDP by a country's entire population. It indicates the average economic output (or income) per person in a nation.

The population number is the average (or mid-year) population for the same year as the GDP figure.

The immediate market reaction will be to purchase dollars in key trading pairs, lasting a few hours. Indeed, some traders will believe that the currency has been oversold in light of the fresh information and offers value.

Those traders will anticipate price increases, at least in the short run. Nevertheless, after an early gain, the currency's price might frequently retrace to levels quoted prior to the GDP report announcement.

It is crucial to recognize that a single GDP data release, albeit significant, is insufficient to alter the underlying economic economy of a currency.

Moreover, favorable data that meets expectations is rarely a bullish indicator for a currency and may even result in its depreciation.

When examining GDP data, it may be advisable not to examine the dollar's value in isolation.

Several other major currencies may have produced comparable recent GDP figures and may be following the same trend.

As a result, comparison graphs of GDP, such as the first graphic on this page, maybe more useful as a reference.

In conclusion, GDP reports are among the most influential economic indicators and reports, with the capacity to affect exchange rates and monetary policy decisions.

Therefore, you must know the GDP data at all costs, mainly if you trade USD-based currency pairs.

Additionally, you should consider how the GDP data may affect the greater market context, such as monetary policy expectations.